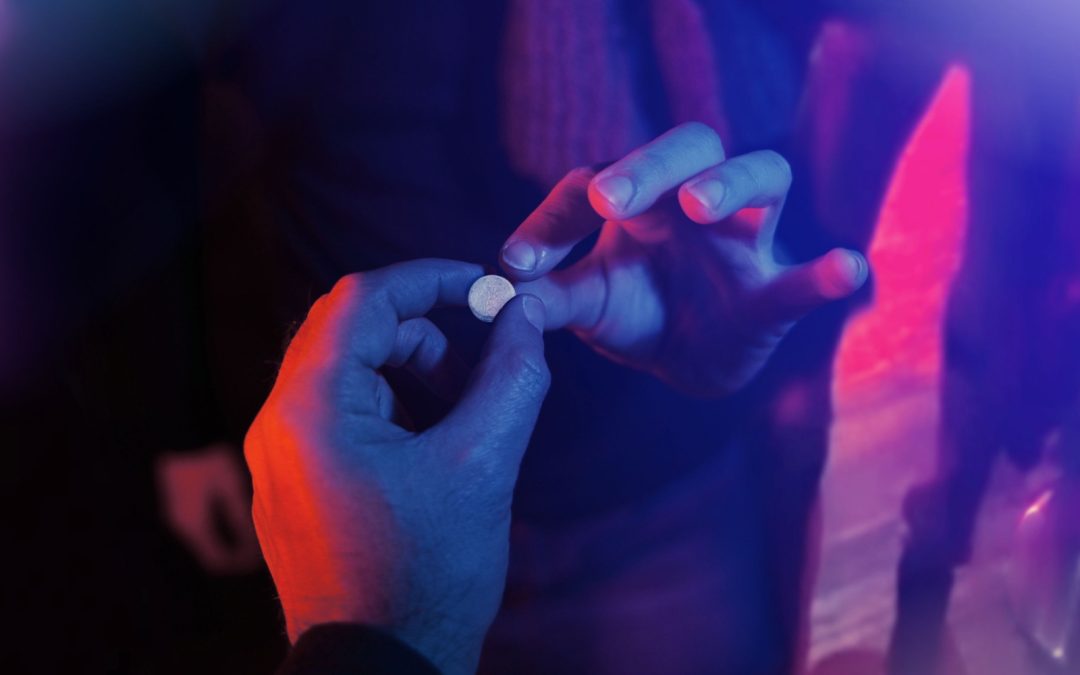 Hollywood and social media have glorified the usage of party drugs. But what they don’t show are the dangerous effects of these substances. While their usage is more often represented by young adults, older adults can still be tempted to use them and are impacted by the same side effects. Keep reading to learn more about some of the most common party drugs and how they affect the body.

What Are Party Drugs? 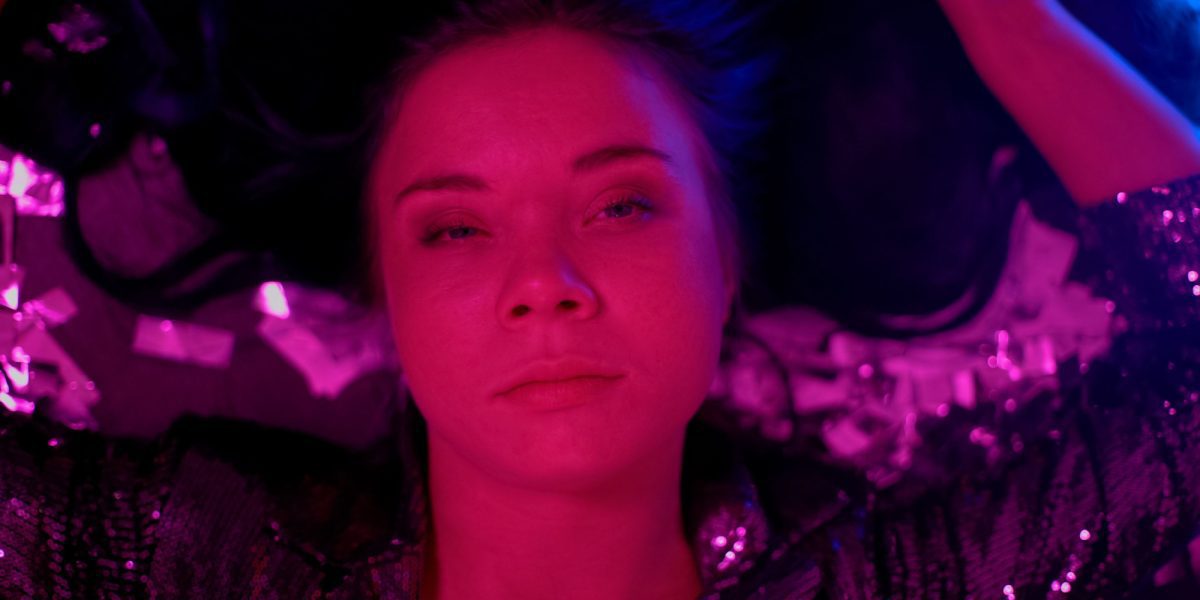 Party drugs are a catchall for the assortment of substances commonly found in large social gatherings such as parties, clubs, raves, and music festivals. They’re popular for enhancing social experiences by fostering connection through emotions and sensations. However, they can cause damaging long-term effects on the brain and body in addition to life-threatening side effects. Although frequently associated with young adults, anyone can use or become addicted to these substances.

Unlike prescription medications, there is no quality control process or regulation for many of these so-called recreational drugs. Party and other club drugs have a reputation for being harmless but they come with a lot of risks. You’re often unable to detect how strong the substance is or what other substances may be mixed in. Even pills that look the same can be made with different ingredients, referred to as cutting agents. These ingredients can range from aspirin to fentanyl and potentially cause life-threatening side effects.

Furthermore, some party drugs are used with malicious intent. Drugs like Rohypnol, ketamine, GHB, and Xanax are common date rape drugs because they can sedate or cause individuals to enter a dream-like state. Predators take advantage of individuals who are intoxicated or unconscious from the side effects. Some even spike alcoholic beverages without victims knowing. Due to the effects of these substances, it can be difficult to resist an attack or recall events that took place while under the influence. It’s important to note that while using party drugs can put you at risk of harm, the blame is solely on the perpetrator.

While the assortment of party drugs and their effects can be a tempting way to lose your inhibitions on a night out, but it’s not worth the risk of addiction or damaging your health.

While many party drugs are associated with the fun-loving atmosphere of raves and festivals, many users fall ill or die every year because of the dangerous short-term side effects. Individuals experience nausea, faintness, chills, panic attacks, headaches, insomnia, anxiety, tremors, or even psychotic thoughts. While others can experience severe symptoms such as heart problems, stroke, hyperthermia, seizures, coma, and death.

In addition to the potentially harmful effects on the mind and body, party drugs put individuals at a higher risk of engaging in unsafe sex, experiencing physical or sexual assault, and injury due to risky behavior such as driving under the influence.

Long-term risks of party drugs can affect your mental and physical well-being, your relationships, and your overall quality of life. Some of these substances can be highly addictive, making it difficult to stop using them once they have become a part of your going-out routine. Individuals who become dependent on party drugs tend to struggle with their mental health and can be at risk of overdose.

The link between party drugs and mental illness is strong. Many substances impact the chemical balances in the brain, such as the serotonin pathways that regulate mood, emotions, perception, and memory. These chemicals alter the way you think and behave, which can worsen the symptoms of underlying mental health conditions. Although you may feel like you’re safely managing your drug use, it can have lasting effects on your brain health.

There are different types of party drugs, all of which come in a variety of forms and impact the brain and body in unique ways. You may be familiar with common party drugs like LSD, MDMA, and cocaine. However, you may not know to what extent they can affect those who use them.

This substance category is divided into two types: classic hallucinogens and dissociative drugs. Classic hallucinogens include LSD (acid), psilocybin (magic mushrooms), and peyote (mescaline). Dissociative drugs include PCP (angel dust), ketamine (vitamin K), dextromethorphan, and salvia. They affect the brain’s prefrontal cortex, causing distortions of reality in the form of hallucinations. This creates sensations or images that appear to be and feel real but are not. Some users can also feel disconnected from themselves and their surroundings.

Side effects of hallucinogens can include:

Some long-term side effects include psychotic episodes, visual and mood disturbances, suicidal thoughts, and memory loss. While psilocybin is being tested to help treat adults with severe depression, hallucinogens have also been linked with substance-induced psychosis and schizophrenia.

One of the most common party drugs, it’s also known as Molly and X, acts as both a hallucinogen and a stimulant. MDMA is a synthetic drug that distorts a user’s sensory perception and can cause hallucinations or paranoia. It’s also mood-altering, causing increased energy and alertness. It’s largely popular with music festival goers, and ravers, in addition to those who frequent the club scene. However, MDMA manufacturers often mix the substance with harmful cutting agents that can lead to illness, overdose, and death.

Side effects of MDMA include:

Long-term use of MDMA has been linked to cognitive issues such as memory loss and learning deficits. It can also cause increased heart rate and blood pressure, leading to kidney and brain cell damage.

This refers to a range of household, industrial, and medical products that contain chemical vapors that can produce a temporary high when inhaled or “huffed.” Inhalants include solvents, aerosols, gases, and nitrates. They are easy to acquire because they are inexpensive and found in everyday items such as whipped cream containers, paint thinner, bleach, and other cleaning products. Moreover, inhalants are sometimes referred to as whippets, nitrous, and rush drugs because of the short-lived high they produce.

The common party drugs in this category include gamma hydroxybutyrate or GHB and Rohypnol, also known as roofies. These central nervous system depressants are similar to prescription sedatives used to treat anxiety, insomnia, and seizures, and even prepare patients for surgery. True to their name, these substances affect the central nervous system to cause drowsiness, muscle relaxation, and euphoria. They’re also used as date rape drugs because they act as sedatives, causing individuals to experience drug effects for hours, including memory loss.

Side effects of CNS depressants can use include:

This category includes illegal stimulants such as cocaine and methamphetamine (meth or crystal) as well as prescription stimulants like Ritalin and Adderall, which are commonly used to treat ADHD. Stimulants are common party drugs because they increase alertness, focus, and energy.

Side effects of stimulants can include:

Long-term usage of stimulants like meth can also cause heart damage, and dental problems, and increases the risk of contracting diseases such as HIV/AIDS due to syringe usage.

Addressing the Effects of Party Drugs 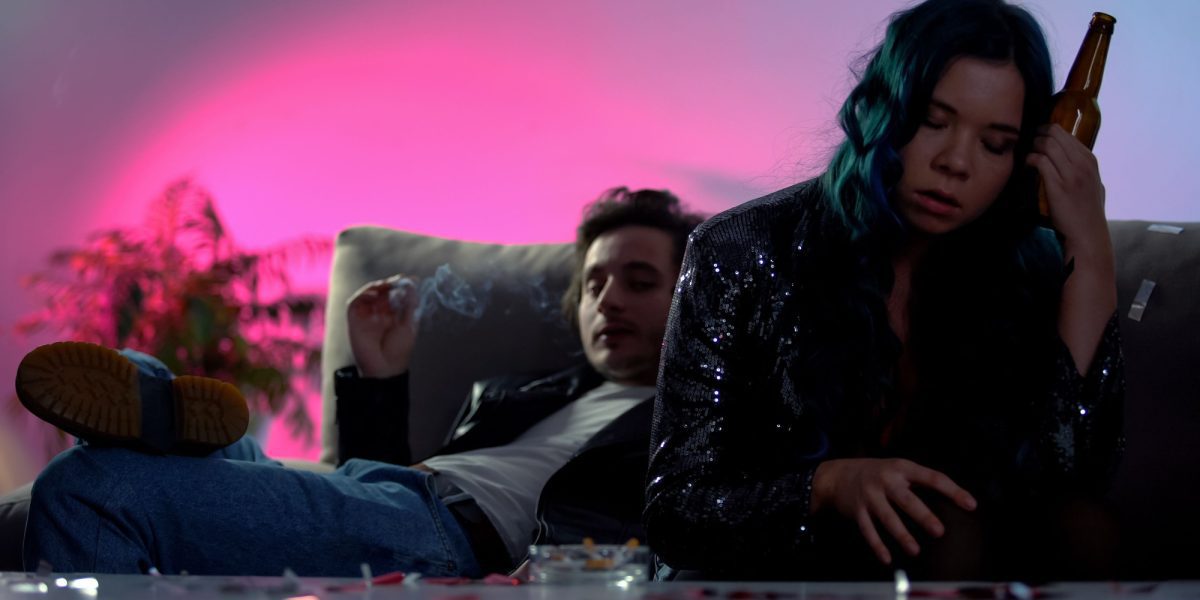 To effectively recover from addiction and dependence, the side effects of your drug use must be addressed. This includes the emotional and physical effects as well as any underlying mental health issues you may be struggling with that contributed to your substance use. You can begin recovery at any time and work toward improving your mental and physical wellness.

Not all party drugs require an extensive detoxification process. However, this is often the first stop for adults who begin their sobriety journey. At the Willough at Naples, you may undergo a drug and alcohol detox program to rid your body of all toxins. The length of this process depends on your drug usage and the severity of your symptoms. However, it’s an important step toward healing.

Adults struggling with the impact of a mental health condition in addition to their addiction can benefit from a dual diagnosis program. This program provides a comprehensive treatment that addresses the complexity between substance use and mental health. All of your symptoms will be addressed in an effective roadmap for long-term recovery.

The treatment modalities available at The Willough at Naples include:

Get Help at The Willough at Naples

If you are seeking help to overcome an addiction to any substance considered a party drug, The Willough at Naples provides the support you need. We offer a variety of programs to meet the unique needs of every patient. The safe and supportive environment of our recovery center will help you begin your recovery journey. To learn how we can help, call our admissions team at 800-722-0100 or submit a confidential contact form online. Our staff can help you overcome your addiction one day at a time.

You Shouldn't Wait
Until New YearsStart Your Resolution Now

No Thanks, I am Not Looking To Get Better